Just 17km north of Archontiko, you will find Zakynthos town. This is the heart of the city. Located at the base of the hill of Bochali, it is the chief town and port of Zakynthos. Zakynthos town offers many interesting things to do as a visitor. After the earthquake of 1953, the town was rebuilt whilst preserving the true Zakynthian style and characteristic. The famous church of Agios Dionysios is worth a visit. Here lies the relics of the saint in which the name derives. Along the port front you will find many taverns and cafe’s, which serves many local delicacies.

If you were to wander up the many side streets, you will find Alexandra Roma, where a world of shopping awaits. Further on you will find the square of St. Marks and D.Solomos, which is dated back to the venetian period. Above Bochali, the Venetian castle stands, with its panoramic view of Zakynthos town and the Ionian Sea. Close to the castle is Stranis Hill. This is where Dionysios Solomos, was inspired and wrote the verses of the Greek National anthem. The squares of Dionysios Solomos, the stone paved area of Agios Markos, the port road of Strata Marina and the main shopping road of Alexandrou Roma, all breathe a sense of nostalgia and romanticism in which the true character of Zakynthos is still alive.

Book your Ferries and travel to Zakynthos!

The shipwreck is probably the most photographed and visited location in Greece. Back in 1981, a smugglers ship named Agios Nicholas, that was carrying illegal cigarettes washed up on the beach. This boat was originally built in 1937 in Glasgow, Scotland. Over the last few years, the beach has grown up around the ship and it now lies host to a very beautiful attraction. It is surrounded by a high rock face, so the only access to the beach is by sea. With the brilliant white sand and crystal blue waters this trip is a not to be missed adventure. If you are not sea worthy, just 30 minutes drive north of Archontiko Village you can view the Shipwreck from above the high cliffs. This is a breathtaking view where you can admire the many shades of the blue waters. 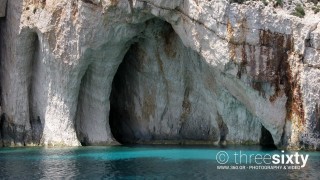 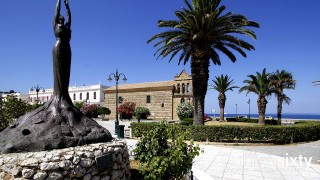 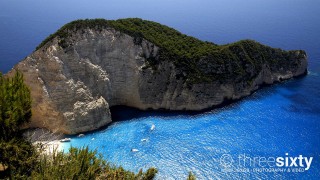 Just 20 minutes drive north of Archontiko Village, you will find the Blue Caves. Each year they attract thousands of visitors as they are the most natural panoramic sights. They are consistent of successive chambers, which lead to the Big and the Little Cave. The largest of the caves is called the Blue Caves. Their name derives from the stunning blue colors of the waters. There are many boat trips available from Alykes to take a tour of the blue caves. It is recommended to visit in the morning as the reflections generated on the walls of the caves is spectacular.

The Caretta Caretta is one of Zaknythos favorite visitors. They are a species of endangered logger head turtle that are still living in the Mediterranean. One of the only species that has not changed form since the prehistoric days. They can be a considerable size with the largest measuring about 120cm and weighing 140Kg. However dispite of their size, they are very fast and can reach as much as 30 km per hour in the water and can live up to 140 years. Every year, hundreds of couples return to their birthplace to mate and lay their eggs along the beaches of the Laganas Gulf.

The nesting period is from June to August, where the females swim around the island and eventually come to all the beaches of the Laganas Gulf to spawn. Each brood contains about 120 eggs but only about 60% hatch approximately 50 days later. Human presence, noise and lights disturb the turtles and may cause problems to their breeding. Because of this human activity is absolutely restricted in all the beaches and access to the bay after sunset it strictly forbidden. The Caretta Caretta can be seen swimming in many bays around the island along with the Mediterranean Monk Seal (Monahous Monahous), which is another endangered species that lives in Zakynthos.